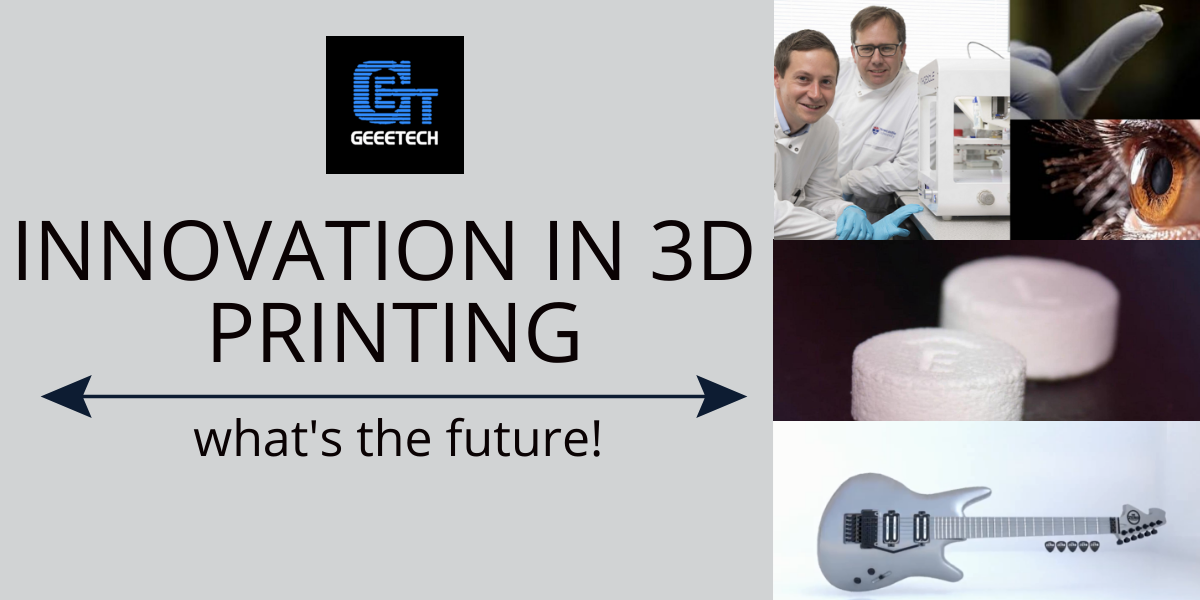 In the past few decades, 3D printing made its way that was invented back in 1980. But, now the complete world is revolving around it. Innovations of 3D printing are shocking to us every day.

Past History & Developments in 3D Printing

In the early days, the 3D Printing was known-as Rapid Prototyping(RP) technology. It was product development within certain industries to create prototypes. Dr. Hideo Kodama was a Japanese Lawyer to file a patent for RP technology but due to his bad luck, it failed by some reasons. Then in the year 1984, the major advancements took place in this field by Chunk Charles Hull’s invented SLA (stereolithography) through which 3D models were created using digital data files completely built-in 1992. On the other hand, SLS (Selective laser sintering) came to the picture.

After this many of them got familiar with 3D printing. The first-ever 3D printed organ human bladder made drastic changes in this field. The RepRap(Replication Rapid-Prototyper) invented by Dr. Adrian Bowyer in 2005. It is also called as Open Source Movement. This was when 3D printing came in the limelight of the audience. The potential 3D printing was so high that it led to the launch of website Kickstarter in 2009 which is the largest creative and merchandising global crowdfunding platform.

People were curious to learn more about 3D printing technology. After its evolution in 1999-2010 incredible wanders. Technology started to step the doors of each person. People started to learn it, tried to get familiar, and created immensely great things, designs and many more.

Modernization due to 3D printing in 2019

The Israeli researchers and scientists first-ever 3D printed heart on April 15, 2019. That was a miniature 3D printed heart made from human cells but the heart that can’t beat, so can’t be used for human transplantation for now. But it gave new hope that scientists might invent such a heart which can be used to save many lives.

Even 3D printed living tissues were developed with various advancements in technology. Researchers are trying to ease the 3D printing technology and develop the organs that might help in the coming future for living creatures. The tissues are successfully tested and implanted in lab animals, they are working fine. Soon success can be seen in tissues that can be implanted in humans.

Now, 3D printed cornea can be used for transplant without making any delay for the needy. After the invention of the world’s first human cornea in the year 2018, lots of advancements are taking place.

3D printing is also evolving in the field of dental. It has made tremendous advancements even in this field. So we can save many lives in the future through 3D printing and its innovations.

The DIY & well-customized prosthesis can help people with lost body parts such as legs, hands, arms, and even facial construction is possible using 3D printers. These also reduced the commercial cost of the prosthesis. And are now available for use by printing through normal 3D printers.

These prostheses can be customized according to the needs of the patient’s body structure. They are lighter, stronger, cheap and perfect fit. The designs that are not available in the market or produced by the medical industries.

Many volunteers are joining hands to help the needy by designing and distributing through e-Nable website that is lead by e-Nable volunteers organization. Now by seeing this even engineers and scientists joined the hands with volunteers organization from all over the world. Even there are some companies trying to make prostheses for animals or pets.

These are even cost-effective and light in weight with stylish customizable designs. That provides a modern cool look with the best properties and sound.

For on-demand mass production and design, each and every company is heading towards 3D printing. This technology is not only helping industries in mass production but also making a profit to the companies by taking lesser time to produce the products, not much money is required, no labor cost and if, production is high then sales will be more if more sales then more profit.

So many of the companies are trying to implement 3D printing technology for mass production and design. Even some countries like the US and Australia are using 3D printers for making military products and testing the maintenance of navy vessels.

As many of us can see that there are a variety of 3D printers and filaments. With these people keep experimenting and they stumble on finding something new every now and then. Many universities, companies, and the military is trying to experiment with the 3D printers. Some of the examples are US military is on a mission to innovate composite ceramic body armor using 2 different ceramic and also succeeded in producing standard armor.

Researchers at the University of Boston created a metamaterial that helps to improve the MRI scan quality and speed. There are many more such examples where 3D printing is continuously making an effort to provide better and useful new materials.

To build a home it takes months to years for completion. And for construction companies to build a complete apartment it may take several years.  But through 3D printing made their job easy and time-consuming. The startup company Apis Cor build a 3D printed home within 24 hours and there are many other examples.

These homes can be lighter, cost-effective, stronger, good quality and less time-consuming. With all the safety measures the house will be completed in one day. Also, these printers are movable and can be moved anywhere.

Hence, by using 3D printing the parts are lighter, stronger, efficient and with greater advancement than the traditional one. Some companies already started to work on it. If this is possible then they can create drones within a week of time. We will get well-designed, hallow in nature, and completely sealed aerospace parts in lesser time.

Not an end, but a new beginning

The technology so far nailed itself in each and every sector. All the sectors from cars- aircraft, machines- massive production, electronics- gadgets, food-kitchen, clothing-dresses, medical-dental, and so on.

Hence, the future of 3D printing is very bright enough to outstand with other technologies. In the upcoming years, we might see 3D printed cars, hearts that might beat, aircraft, drones, gadgets, and all products. Therefore more customizable and affordable products which are not available now or we haven’t see them before.

I hope there are lots of exciting things or innovations of 3d printing gone come and we have to wait with our eyes focused. That will make our lives easier, comfortable, and affordable. This change might not be an end but can be a new beginning for good or bad. Let’s look out for further great 3D printing innovations this year.