The following data is from the S3C6410 data sheet

The Mini6410 is powered by an external 5V power supply. It has two power inlets: CN1 is for 5V power adapter and the white CON8 is a 4 pin socket used to connect an external power supply when the board is embedded in a closed box. The voltage is 5V and current is 800mA. 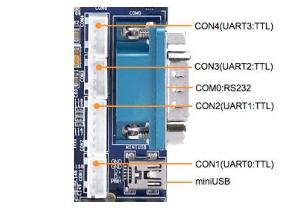 The Mini6410 board has two USB interfaces. One is a USB host 1.1 which is the same as a USB interface on a PC and can connect to a USB camera, keyboard, mouse, flash drive and other USB devices. The other is an OTG mini USB 2.0 which is usually used to download programs to a target board. When the board runs WinCE it can synchronize with a Windows via ActiveSync. For Linux there are no programs for synchronization for now.

The Mini6410 incorporates a DM9000 chip and can communicate with 10/100M networks. The RJ45 connector includes coupling filters and does not need transformers. With a common network cable, you can connect a router or switch to the Mini6410.


The audio output is a 3.5 mm spaced green plug and the input is an on-board microphone. To get better audio quality please move the microphone as close as possible to the audio source when recording.

The S3C6410 has two TV outputs. The Mini6410 magnifies the output of DACOUT0, users can connect the board to a TV via an AV cable. The other TV output is extended from CPU to the 30th pin of CON6.


Note: when connecting DACOUT0 to a TV users need to switch the TV to the CVBS mode.

When a board just comes off from production lines it is just a bare board without any data and we usually have to burn the first program to it through the JTAG interface. However since the S3C6410 supports booting from SD card the JTAG is not significant to users any more. Now the JTAG is more often used for debugging. In fact, most of the widely used utilities in markets like JLINK, ULINK and other simulators actually work via the JTAG interface. A standard JTAG has 4 signals :TMS, TCK, TDI and TDO which are test mode select input, test clock, test data input and test data output. These 4 signal lines plus a power line and a ground line form 6 lines in total. In order for testing, most simulators even have a reset signal. Therefore, a standard JTAG is meant to have those signal lines, and it does not mean whether it is 20Pin or 10Pin. As long as a JTAG interface has those signal lines, it will be a standard JTAG interface. The Mini6410 has a 10Pin JTAG interface which has complete standard JTAG signals.


Notes: for beginners who just want to focus on Linux or WinCE development, the JTAG interface has no significance because most development boards already have a complete BSP which includes commonly needed serial ports, network port and USB port. When a board runs with Linux or WinCE installed, users can fully utilize more convenient functions and utilities provided by the operating system to debug. They do not need a JTAG. Even if you can trace your programs it will be extremely tough to step debug because it will go into the operating system. This is not an easy job.

A LED is commonly used as a status indicator. The Mini6410 has 4 user programmable LEDs which are directly connected to GPIO. The LEDs will be on at a low level voltage. Detailed information is as follows

The Mini6410 has 8 test keys. They all are CPU interrupt input signals and will be triggered at a low level voltage. They can also be multiplexed to GPIO and other function interfaces. To multiplex them users can extend them through CON12. These 8 keys and CON12 are defined as follows 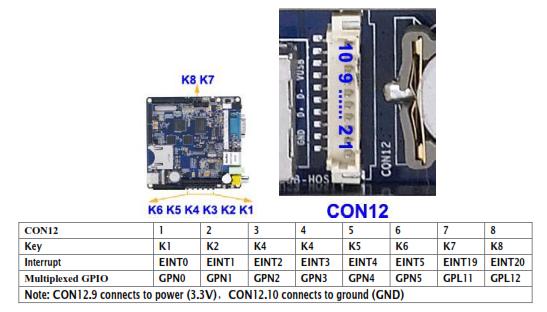 
The LCD connector has most of the commonly used control signals (line sweeping, clock, enable/disable) and complete RGB data signals (RGB output is 8:8:8 and can support LCDs up to 1.6M pixels). It has a PWM output and a reset signal (nRESET). LCD_PWR is the backlight switch signal. 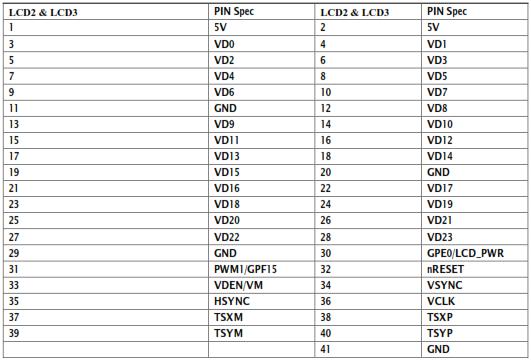 
For users’ convenience, W1 is placed close to one edge of the board and will not be hidden even when the board is equipped with a 4.3-inch LCD. 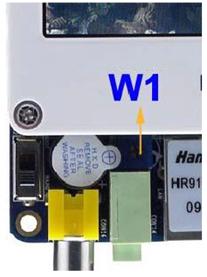 The on-board SPEAKER is controlled by PWM, the diagram is shown below. PWM0 corresponds to GPF14 which can be configured as PWM output via software or used as a GPIO.

The Mini6410 has an infrared receiver. Its type is IRM3638 (or others compatible). It connects to EINT12. 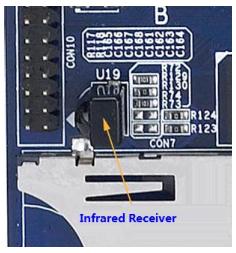 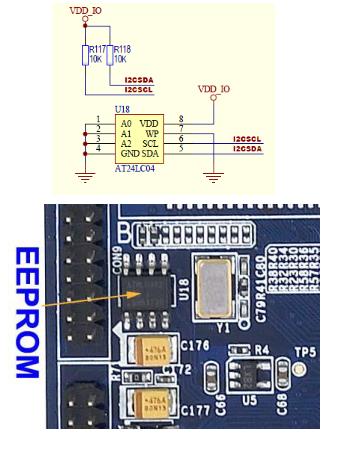 The S3C6410 has a CMOS camera interface. It is extended via CON10. It is a 20 pin 2.0mm connector, users can directly use the CAM130 module we provide. The CAM130 module does not have any circuits. It is basically just a converter and directly connects to a ZT130G2 camera module. 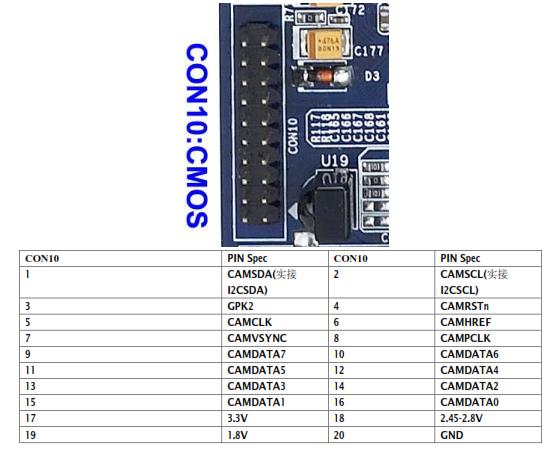 GPIO is the abbreviated form of General Purpose Input Output. The Mini6410 has a 30 Pin 2.0mm spaced GPIO interface, i.e. CON6. In fact, CON6 has not only quite a few GPIO pins but also some CPU pins such as AD input, DAC and so on. The SPI interface, I2C interface, interrupts and some others are all GPIOs, but they are marked as special function interfaces. They can be configured for other purposes too by setting related CPU registers. 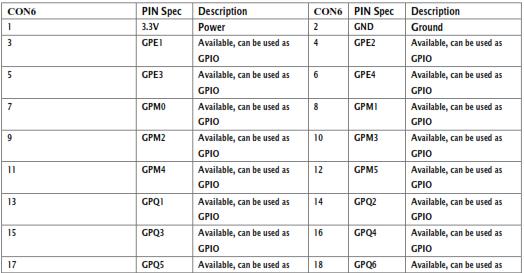 The system bus is CON5. It contains 16 data lines (D0-D15), 8 address lines (A0-A6, A24), and some control signal lines (such as chip select, read/write, reset and so on). CON5 can supply 5V output. In fact very few users would extend interfaces through system bus. Below is the detailed information about CON5’s pins 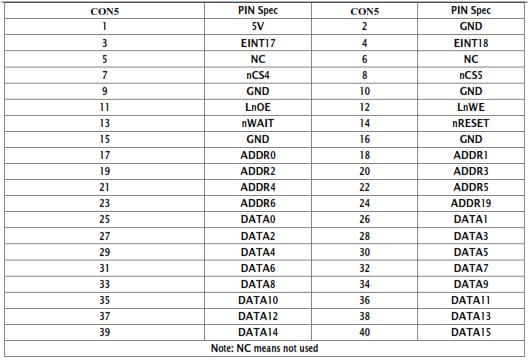