I just received my A20M. However, there doesn't seem to be a superplate for the hot bed, just a plastic sheet with adhesive on, which has Geeetech branding in the center but lacks the "Super Plate" logo on it (which also came separately in the box, I thought it was supposed to come already attached to the bed, but that's not a big deal)

To my understanding the super plate is included with the printer. Did they change this? Is the glass plate no longer needed? Or is that actually the "Silicon Carbide Glass"? It seems way too flexible for that to be it. It's the same sort of material as one of those really thin and cheap plastic mousepads, right down to the texture on the top.

Looking at unboxings, it seems other people got the Super Plate included. It's much thicker than the thin plastic sheet I got.
That's really a bummer if they stopped including the Super Plate, as that was a big reason for me going with Geeetech (it was between that and Anycubic, who have a similar thing)
Top

Hi, A20M uses silicon carbide glass as its printing platform.
-Keep your mind and try to test it.

-Everything will be fun！-Support all Getech printer.
-You can ask me the questions and I will kindly reply.
-Respect others is the best way you can get help!
Top

Thanks for the reply. But isn't the silicon carbide glass surface shiny? In the pictures I have seen it looks shiny, and always has the "super plate" writing on it. Mine is a thin matte and slightly textured sheet of what looks and feels like plastic, and no "super plate" writing.
It's flexible like plastic and bends easily. Is that normal for silicon carbide glass?
Top

Maybe you are talking about Mylar
-Keep your mind and try to test it.

-Everything will be fun！-Support all Getech printer.
-You can ask me the questions and I will kindly reply.
-Respect others is the best way you can get help!
Top 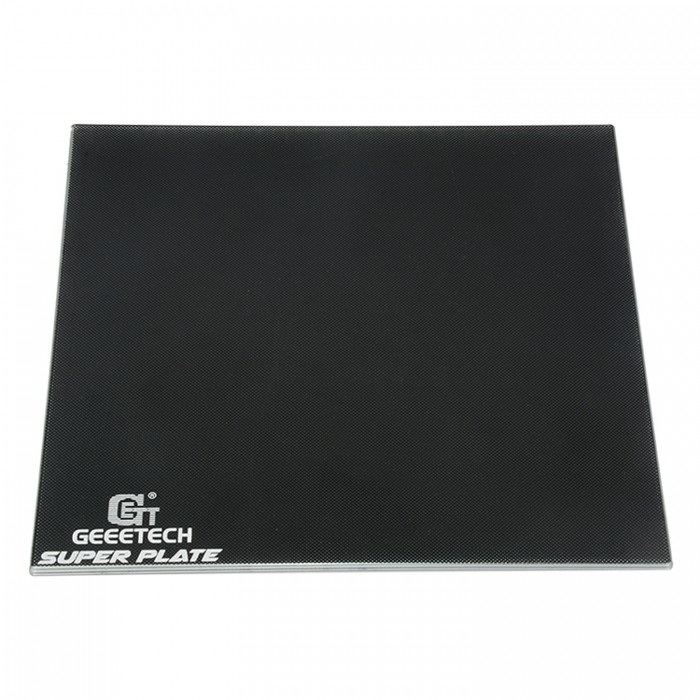 That is what I thought I was receiving. But instead mine looks like this: 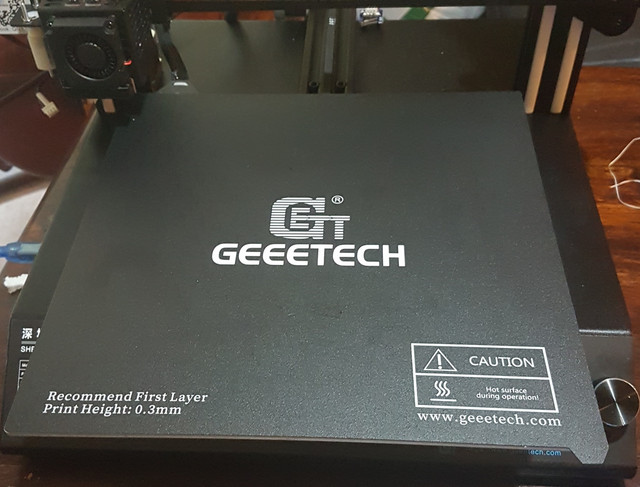 It has a very different texture from the super plate, judging by pictures.
PLA seems to stick well enough to it, but prints can sometimes be extremely hard to remove. Which is why I wanted silicon carbide glass in the first place, to make prints stick but also be easy to remove.
Top

I've got the exact same concern, I got my printer by mail yesterday, no glass superplate hotbed, just that piece of sticking sheet.
Top

Hello,
Unable to detach large objekt, I destroyed the geeetech sheet during the withdrawal. I'm going to buy the "Superplate Glass Platform" hoping it's better.
Top

Just got in touch with Geeetech vendors through Amazon (bought an A20M 4 days ago. The Superplate is not included anymore (a real shame).
You'll get some tools instead (not really high quality ones...). These tools were not included in old packages.
I told them how silly it was (I believe they wanted to make more money out of each package, since the glass is not that cheap
compared to the spatula). They told me I could get a Superplate with a discount and gave me a price of 10€ for it.
It will be shipped from China on monday (they don't have the 26x26 Superplate in their EU storages).

My Geeetech A20M also did not come with the Superplate. I tried to use the “Recommend First Layer” and could not get the test Dog off without taking off the First Layer off the bed and breaking the dog in half.

I don’t want to wait another two week to get a Superplate shipped before I print anything else. Does anyone else have a good solution to this problem? If possible, I would like to buy something from Amazon that I can get shipped overnight. Is there some trick to removing a PLA print from the First Layer?

Hi, You are referring to the Mylar sheet, which is a combination of an aluminum substrate and a Mylar sheet.
-Keep your mind and try to test it.

-Everything will be fun！-Support all Getech printer.
-You can ask me the questions and I will kindly reply.
-Respect others is the best way you can get help!
Top
Post Reply
21 posts