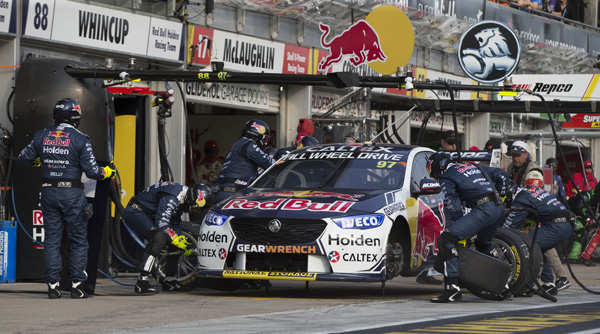 The team formed in the United kingdom in 1996 racing in Vauxhall Motor’s program in the British Touring Championship. Before they started racing in Australian V8 Supercars.

The team is champion racing for years. The team holds the title of winning a total of 8 times Supercar Championship and Bathurst 1000 seven times.

In this mission, HP and EVOK3D joined their hands to fulfill the desire of customizing parts of the race cars. Currie Group is also part of the project. The partnership equity agreement in October 2019. Therefore, EVOK3D is a 3D printing service provider in Australia.

The challenge took back in 2017 when EVOK3D & HP met the Triple Eight Race Engineering with there MJF samples for the first time. “We were blown away with the part quality and strength, compared to what we were used to.”

“We realized we needed to have access to this technology to improve a whole host of components,” said Triple Eight Race Engineering Manager Mark Dutton

There are 3 main important parts of the racing car. First of all 2 part mold to form the soft polyurethane exterior wraps around and cushions the steering wheel, lightweight cores form the extent of the steering wheel rim and the housing for the mounting of switchgear and lights to the hub.

The parts are chosen by Triple Eight Race Engineering for 3D printing. They wanted the parts to be lighter and customizable to the driver. Finally, the designs are more comfortable and also to improve the vehicle’s ergonomics. The steering wheel designed according to the driver’s anatomy and compatibility, enabling increased control of the vehicle with the actual steering inputs, and enhanced properly. Advantage of using 3D printing speeds up the production and less time of the wheel parts.

So, what do you think MJF 3D printing helping the Triple Eight Race Engineering to design their race cars in the way they want.

Combination of AI and 3D Printing, Is this gone work?

Flights decrease, Shipment may have delay