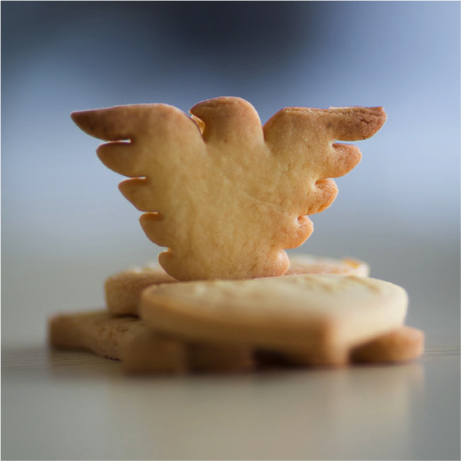 Moon cake is a sweet cookie-like bakery product most popularly consumed at the Mid-Autumn Festival, an annual event for worship of the lunar cycle and moon watching. This indispensable cultural snack has been a staple of the festival for quite some time, and thanks to a group of students from the Zhejiang University, can now be 3D printed in unique and festive shapes in a much more modern way.

The students from the Zhejiang University created their 3D printing startup, the Hangzhou Printing Technology Company, back in 2014 as an independent research team. The start-up is aiming at mass producing cookies, cakes, and other various food products that are commonly produced for Chinese tradition. Using the Zhejiang University Science Park Building laboratory, equipped with a CAD print and design center, the team of students were able to produce eagle-shaped moon cake cookies among other attempted shapes, showing that these festive snacks could be better designed and produced with 3D printing technology. Their 3D printed moon cake is now available for public purchase and consumption, right in time for the Mid-Autumn Festival that falls on the 27th of September. Their moon cake can be purchased by the public at an inexpensive price, offering two, four, and six-packs of the cookies to residents preparing for the upcoming festivities. The team is composed of four undergraduate students, and was initially founded by former industrial design student Li Jing Yuan, who focused mainly on 3D printing while attending Zhejiang University. Although their moon cake snacks have just been made available to the consumer market, the team has already reached the halfway mark of their sales goal, and expect to pass it by the time the festival begins later on in the month.

The project is not meant to put traditional manufacturers out of business; rather the team is hoping to show these companies how useful 3D printing technology can be in the production of food. Li Jing Yuan and his team are improving a long-standing tradition, and will hopefully influence traditional manufacturers to use 3D printing technology to help create a more customizable, edible product. For now, they are sure to be the talk of the upcoming Mid-Autumn Festival, and are hoping to transform their traditions with a more modern, technological process.

Hold a Piece of Japanese History with 3D Printed Maps