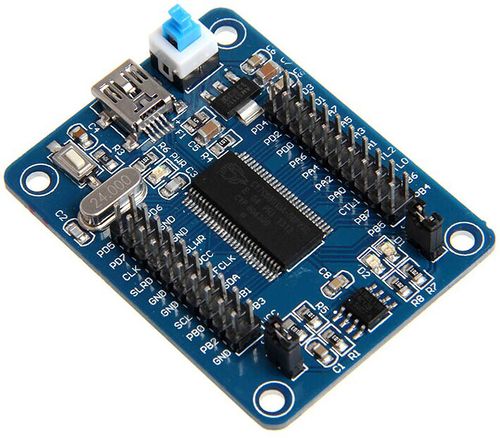 CY7C68013A is a development board, with CY7C68013A-56PVXC microcontroller as the main control chip which is an enhanced revision of 8501 integrated chip; it has an integrated IIC controller. In addition, it is perfectly functionally compatible with USB2.0_USB_IF communication by connecting with USB cable. (Read more in CY7C68013A-56PVXC data book.

This development board can provide power supply and establish communication connection with USB cable, the stabilivolt AMS1117 provides 3.3v for master control, all the pins of CY7C68013A-56PVXC are broken out to be connectors, making it easy for the connection of peripheral circuit and with other modules; for the measuring and testing of pins. Furthermore, AT24C128 chip and relevant circuit are designed for this development board, program can be uploaded into AT24C128 through USB, and you can read and write by controlling the jumper cap (plug in the jumper cap, AT24C128 closed, pull it off, AT24C128 opened),which effectively make up for the lack of ROM storage in CY7C68013A-56PVXC,making it a more perfect CY7C68013A-56PVXC learning board.

2.A bunch of extension port

4.A jumper that controls the open and close of data memory read and write of AT24C128

USB interface: For circuit board power supply and the uploading program for CY7C68013A. Extension IO port: all the pins of CY7C68013A are broken out as connectors in the form of header, Power switch: for the open and close of power supply to the PCB through USB interface Reset button: reset the main

Connect the CY7C68013A to computer with a USB cable when performing functional test for it.

Open the folder of CY7C68013A development board, find development tools fx2lp.exe( the following picture), install the uploading program soft, choose next or yes until finish. 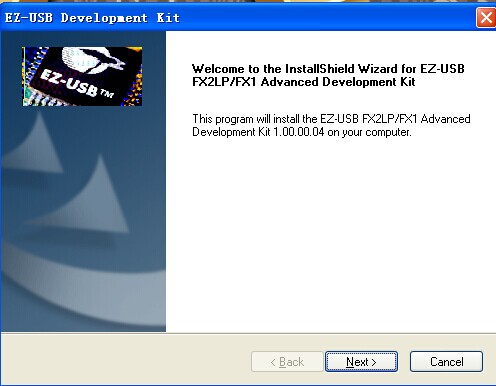 1.Click start> all programs>cypress> CyConsole EZ-USB, open the uploading software, (picture below), the can see the following interface 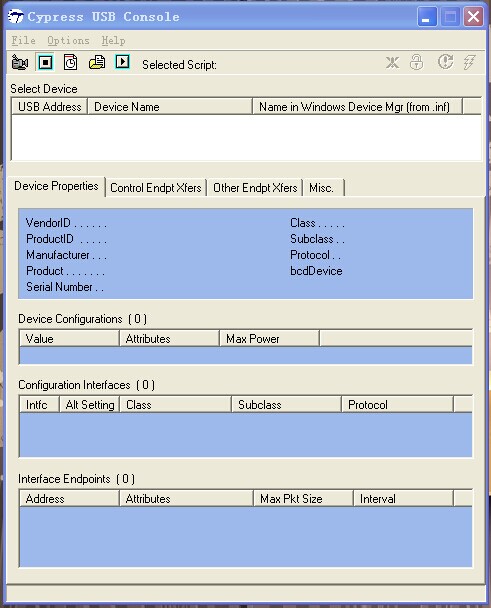 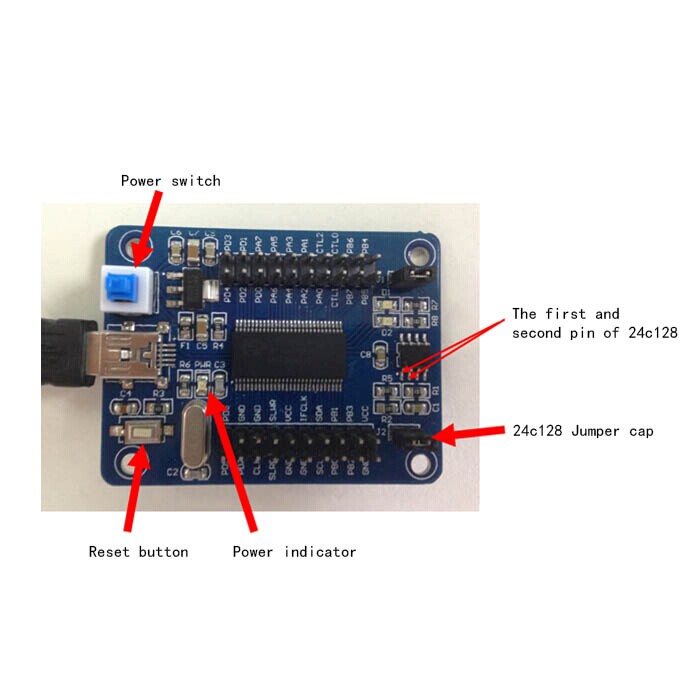 3 Press the power switch, the PWR on the board will light, USB Device will appear in the device field of EZ-USB Interface and the field of select device in Cypress USB Console will respond correspondingly, indicating the connection with USB.

5 If the EZ-USB Interface displays as the following interface, the program uploading failed. 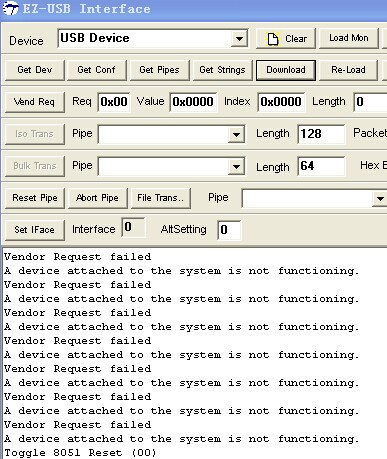 6 Press the reset button on the board, the device field in EZ-USB Interface will be blank, release the button, USB Device appears, then click re-load to upload program again. The following interface indicates the success of uploading. 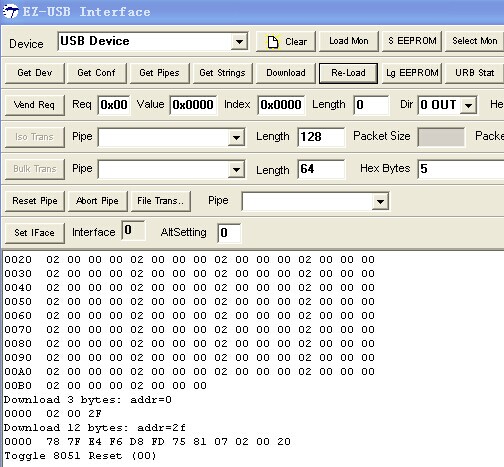 7 At this moment, the LED (D1 and D20 will blink, indicating everything goes well with the IC and the circuit. 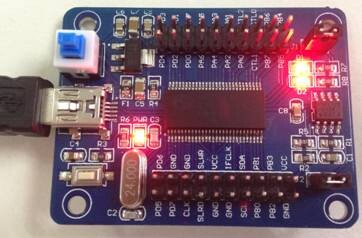 NOTE: the program uploaded for ARM will purge automatically after power off.

Program uploading and testing for AT24C128 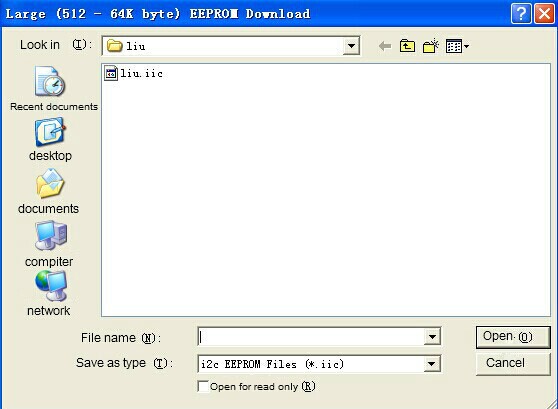 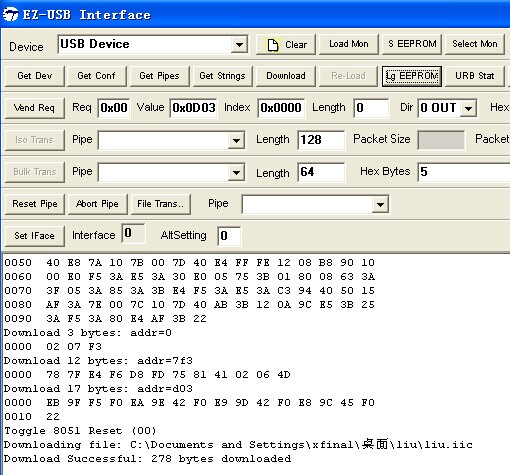 (7)Reboot CY7C68013A, LED D1 and D2 will blink, indicating everything works well. Note: the program uploaded in AT24C128 will not be cleaned up automatically after de-energized.

(1)Program uploading failed for CY7C68013A RAM. a)Make sure you pressed the power button on the board and the jumper cap on 24C128 has been plugged in (close data memory read and write function of AT24C12). b)If the Device field in EZ-USB Interface shows USB Device and the Select Device in Cypress USB Console gives response after you connected the USB and pressed the power button, otherwise, you should check the connection.

Check if the jumper cap of D1 and D2 are plugged and well connected (jumper cap on D1 and D2 is the controller of LED. As in intrfaces layout.

here you can get one.